American electoral system: how does it work? Can I vote with ESTA?

American electoral system: how does it work? 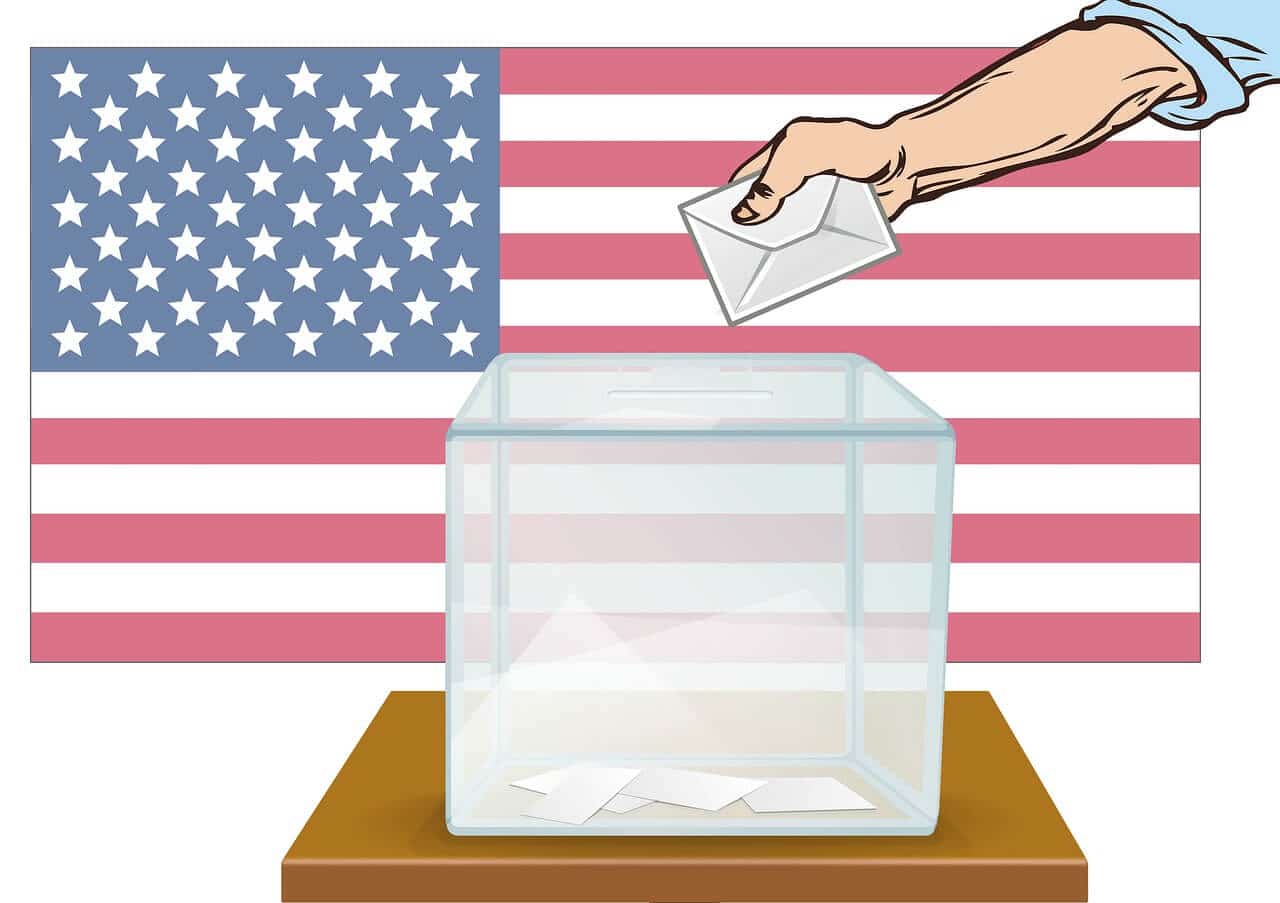 The US presidential election is a worldwide event. Every four years, Americans are asked to vote for their own president. However, the American election system is extremely complicated and, in many ways, distinct from ours.

As a result, in this post, we will delve deeper into the operation of the US election system. We’ll see what the primary elections and big voters have to say about it. We will then go over the President of the United States’ responsibilities and qualifications.

The form of government of the United States

Before getting into the operation of the American electoral system, it is important to understand the type of government in place in the United States.

The United States is a presidential federal republic. Two aspects of this denomination are critical to understanding the American political system:

Federal states have more authority than, say, Italy’s 20 administrative regions. According to the US constitution, each state has administrative and governmental authority.

In addition to the 50 federal states, the United States has a federal district: the District of Columbia.

The role of the president of the United States of America

The Congress of the United States of America, the country’s legislative body, has legislative power. The congress is a bicameral body composed of: 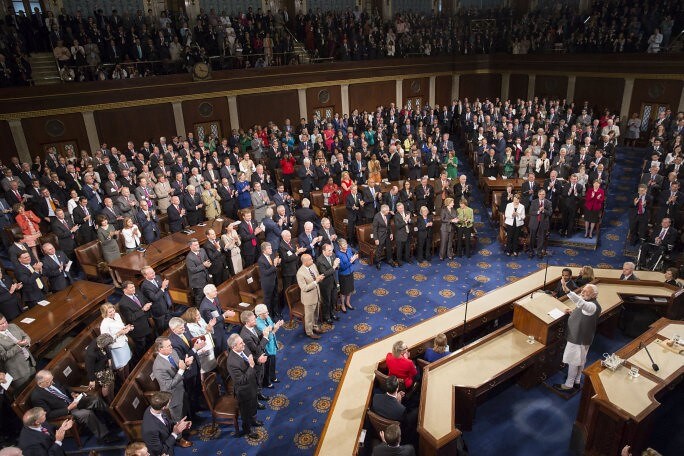 The Supreme Court of the United States, on the other hand, wields the country’s judicial power.

Who can run for the election of the president of the USA?

The following qualifications must be completed in order to run for President of the United States:

Who can run for the election of the president of the USA?

The following qualifications must be completed in order to run for President of the United States:

The President of the United States’ mandate also fits the following criteria:

Other powers of the American president

In addition to executive authority, the winner of the American elections has access to other authorities.

The president chooses nine justices to the Supreme Court. As a result, the president has power over the country’s judicial system.

Congress, for its part, has the authority to pass legislation. The president, on the other hand, has the power to veto this measure. The measure now goes to Congress for a second vote. Members of Congress can try to override the president’s veto in order to enact the law. However, this is only possible if the following requirements are met:

How do you elect the American president? A three stage system

From the outside, the American election system looks to be more complicated. In reality, presidential election day is not the only event that influences who becomes President of the United States. This procedure is divided into three stages:

Each of these phases will be discussed in depth below.

Who can vote in the US?

Citizens from all states have the right to vote for their own representatives in Congress. Residents of the District of Columbia and unincorporated regions of the United States, on the other hand, are exceptions.

Guam, Puerto Rico, the Northern Mariana Islands, and the US Virgin Islands are among them. Prior to 1971, only those above the age of 21 could vote.

The institution of primary elections is not provided for or regulated by the US constitution. However, party primaries have been held regularly for over a century.

As a result, primary voting in America might change depending on the state or the party. Citizens directly choose their party’s presidential candidate during primary elections.

These elections are normally held over a five-month period. A succession of primaries and conventions will take place during this time to choose which delegates will attend the ultimate party convention.

The names of the candidates for the positions of President and Vice-President for each party are announced during this last ceremony. These two candidates comprise the party’s “presidential ticket.”

The two major political parties running for president are the Democrats and the Republicans. However, independent candidates can also compete. 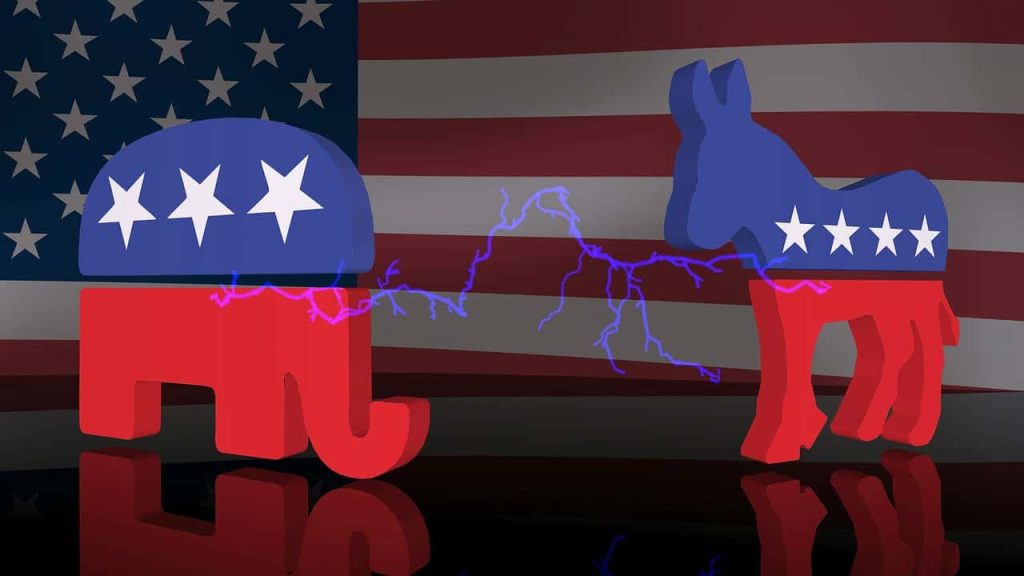 Finally, the outgoing president and vice president are automatically admitted to the presidential election. This, however, is only conceivable if the president has not previously served two terms.

The US presidential election

The presidential election system in the United States is, in reality, indirect voting. When Americans vote, they indicate their choice for a presidential candidate.

In reality, they vote for the group of voters that support that candidate. The number of electors, which we shall discuss later, is thus critical for understanding how US elections function.

Every individual has the right to vote for a certain candidate. Alternatively, he might vote for all candidates affiliated with a political party.

The presidential election procedure is largely decentralised. In actuality, electoral votes are counted at the state level. This implies that the vote is counted individually in each state.

The voting mechanism operates on the winner-take-all concept. As a result, the candidate who receives the most votes has all electors assigned to a certain state.

To truly comprehend this country’s voting system, one must first comprehend who America’s major voters are.

Electors, often known as presidential electors, are elected to represent American citizens in the electoral college. This has resulted in the challenge of selecting one of the contenders for the position of US President.

Each state is entitled to a certain number of electors based on its population. In general, each state has a minimum of two electors. California (now with 55 electors) and Texas have the most electors (currently 38).

The presidential candidate who receives the most votes in a state receives all of the electors from that state. Maine and Nebraska, on the other hand, are exceptions. In actuality, the major voters are elected here using the proportional approach.

There are 538 electors in the American electoral system. These are classified as follows:

The electoral college of the USA

The electoral college is formed after the presidential election establishes who America’s major voters are. Only at this stage can the new American president’s and vice president’s names be established.

Voters are summoned to their state capitol to vote for one of the presidential candidates. They are not compelled by law to vote for a certain candidate.

Typically, they vote for the candidate who has openly backed them and has won the seats in their state. Indeed, there have been relatively few incidents of disloyal electors throughout American history.

The electors in the United States vote by secret ballot. The presidential candidate who receives at least 270 votes is declared the winner. The same criteria apply to the selection of the vice president. After voting is completed, the results are tabulated by Congress.

The presidential election period and the electoral college are established under the US constitution.

A concrete example: voting in the 2020 US presidential election

Here is the 2020 election timeline to help you understand how the US presidential election that elected Joe Biden unfolded:

The American electoral system in a nutshell

The table below highlights the major events and procedures of the US presidential election.

As we have seen, the election system in the United States is rather complex. Its origins may be traced back to the country’s and democracy’s inception. American voters do not directly vote for a presidential candidate under this system.

In reality, the major voters will have the last say in the election of the President of the United States. This method also tries to guarantee that residents from smaller states and rural regions are represented. Today, however, it is the subject of intense investigation and debate.

Understanding how the American election system works is critical for everyone, not just Americans. In reality, knowing the system that elects the world’s most powerful political personalities may help everyone.

Learn more about American constituencies in this TED video (subtitled in Italian):

Have a question about ESTA? Read our Frequently Asked Questions section.

return to the home page.