What to see in San Francisco? A California jewel

What to see in San Francisco? A California jewel 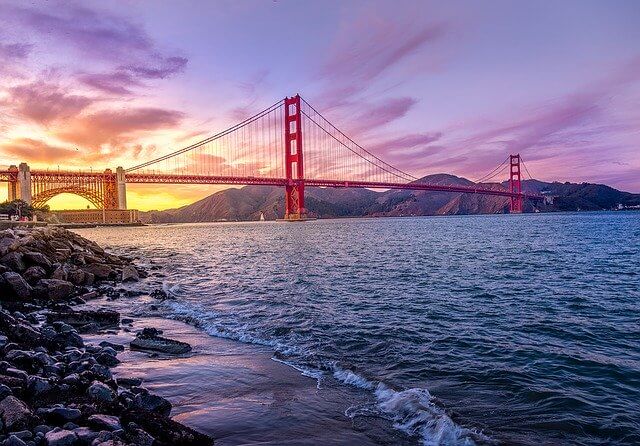 San Francisco, with its whimsical character, is a city full of places to visit and offers the opportunity to participate in unique and interesting activities. This article will tell you more about this well-known Californian city and the must-see attractions if you’ve decided to visit it on your next trip. Do you want to know what must-see attractions in San Francisco? Continue reading to learn about all of our suggestions.

San Francisco: climate, location and when to go

San Francisco is the most populous city in the homonymous bay, overlooking the Pacific Ocean, and has a population of approximately 7 million people. San Francisco Bay provides the city with an almost Mediterranean climate, with four distinct seasons. Despite the frequent rains, temperatures remain mild in winter, which tend to decrease with the arrival of spring.

The summer, however, is the best time to visit the city. Temperatures rise during this period, rarely exceeding a maximum of 28 degrees, and the climate becomes drier. The light morning fog that characterises summer days is undoubtedly one of San Francisco’s peculiarities.

Consider the temperature range when packing your suitcase: in the summer, temperatures can drop dramatically at night and early in the morning.

Where is San Francisco located ?

Perhaps not everyone is aware that the city is built on a series of hills. In fact, San Francisco rises between 50 hills, which give rise to many of the city’s districts. Because of its proximity to the San Andreas fault, the city and its surrounding area are particularly vulnerable to earthquakes and seismic movements.

If you plan to explore the city on foot, be prepared for frequent descents and ascents. In any case, we recommend that you wear comfortable shoes, including at least one pair of closed shoes in case of rain or a drop in temperature.

Attractions San Francisco: neighborhoods, bridges and museums not to be missed

San Francisco is regarded as one of the United States’ cultural capitals. Indeed, the diversity of its population is immediately apparent, which has undoubtedly contributed to its fame.

To summarise, only 55% of the city’s residents speak English as their first language, according to a recent census. When at home, the majority of the population speaks their native language, which could be Chinese, Spanish, or Russian.

San Francisco’s cultural diversity is complemented by its residents’ open-mindedness and tolerance. Indeed, movements such as the anti-Vietnam War or the Hippie movement arose right here.

The famous bridges of the city 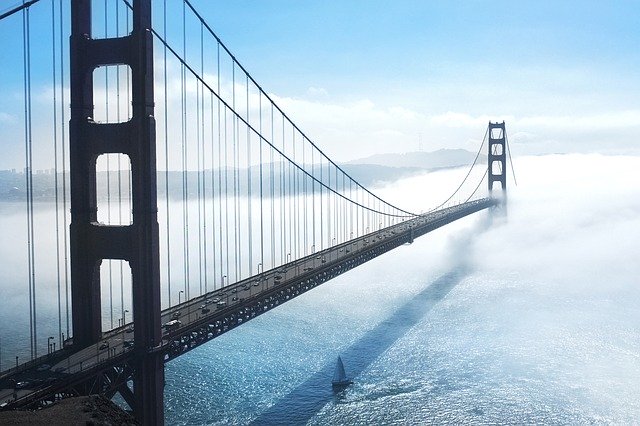 This bridge has become a symbol of the city since it was completed in 1937. It was the world’s longest suspension bridge at the time, connecting the Pacific Ocean to San Francisco Bay. The orange colour, also known as international orange, was chosen to allow for greater visibility even in foggy conditions.

The bridge is always open to the public, and it can be crossed by car or on foot. If, on the other hand, you want to photograph it, we recommend that you go to the following panoramic points:

The Bay Bridge, considered the second bridge in San Francisco, was completed in 1936 and connects San Francisco and Oakland. This suspension bridge, which also offers a breathtaking view of the surrounding area, should be photographed and, why not, visited.

Neighborhoods to visit in San Francisco 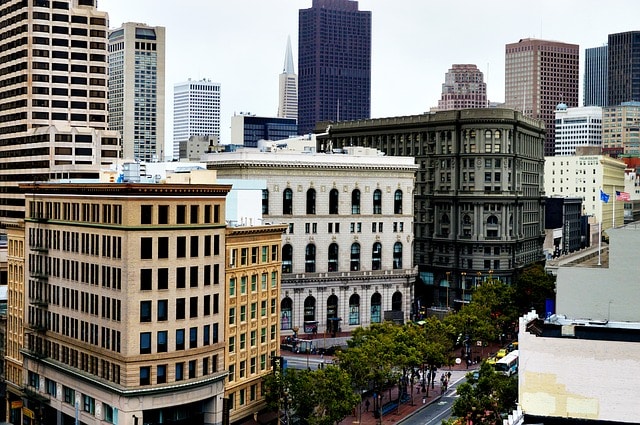 This neighbourhood was once the financial centre of California, and it is still the economic hub of the entire bay. San Francisco is home to six Fortune 500 companies, which is not surprising. If you enjoy shopping, luxury hotels, and fine dining, this is the San Francisco neighbourhood for you.

We recommend that you visit:

CHINATOWN: A CORNER OF ASIA IN CALIFORNIA

In reality, the city has four Chinatowns, but the one on Grant Avenue is unquestionably the most distinctive, as well as the largest outside of Asia. The neighbourhood, which was founded in 1848 and is located near the financial district, now covers 3.5 square kilometres. Here are some things to do in Chinatown:

This neighbourhood is undeniably one of San Francisco’s most distinctive, and its history is no less interesting. Located on the same-named hill, not far from Chinatown, this area was used in the 1800s by Russian merchants looking for gold to bury their companions who died en route. The first settlers named the neighbourhood Russian Hill after discovering tombstones engraved in Cyrillic here.

If you happen to be passing by Russian Hill, you cannot miss: 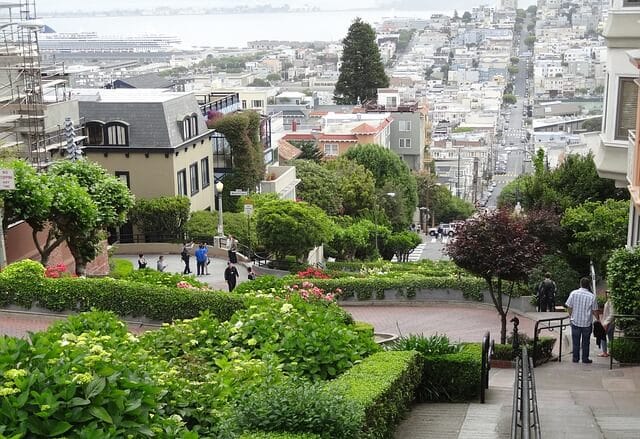 This neighbourhood, known as one of the most upscale and affluent in the entire city, isn’t just synonymous with luxury and glitz. His story is, in fact, quite intriguing. The name “Nob” is derived from the word “nabob,” a term used by Indians to describe the English who became wealthy as a result of the India Company’s activities.

The neighborhood’s first residents arrived during the mid-nineteenth-century gold rush.

The residents of this area were actually wealthy, and after becoming dissatisfied with the steepness of the hill, which can reach 24.8%, they decided to establish their own cable car company. They were able to move more easily through the neighbourhood streets this way.

Visit San Francisco : other attractions and places of interest

In addition to the distinctive neighbourhoods already mentioned, there are numerous other interesting places worth visiting throughout the city. San Francisco never ceases to amaze, from museums to historic landmarks and locations.

Here are the ones we’ve chosen for you: 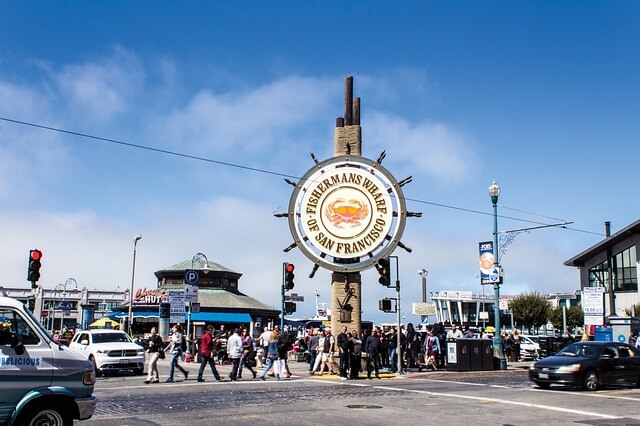 Car, subway, tram or on foot? How to best enjoy the city

Here are some pointers for getting around San Francisco. With all of these attractions to see and the unique hilly terrain, it is critical to choose your mode of transportation carefully when visiting San Francisco.

If possible, we recommend exploring the city on foot. That’s right, you’ll be able to fully appreciate the atmosphere of the city and, more importantly, visit all of the areas and attractions that are inaccessible by public transportation.

In closing: San Francisco a real American must see

The city in northern California provides visitors with a diverse range of attractions. From the cultural effervescence associated with the adjacent Silicon Valley to a consolidated cultural scene associated with its theatres, museums, galleries, and 1968 permanencies. From iconic sights like the Golden Gate Bridge and the Cable Cars to ethnic neighbourhoods like Chinatown, San Francisco has a lot to offer.

Check that you have a valid ESTA authorization as well as the all-important health insurance for travelling to the United States before packing your suitcase. Have a safe journey!