US Virgin Islands: a paradise on earth. Fast vacation with ESTA

US Virgin Islands: a paradise on earth 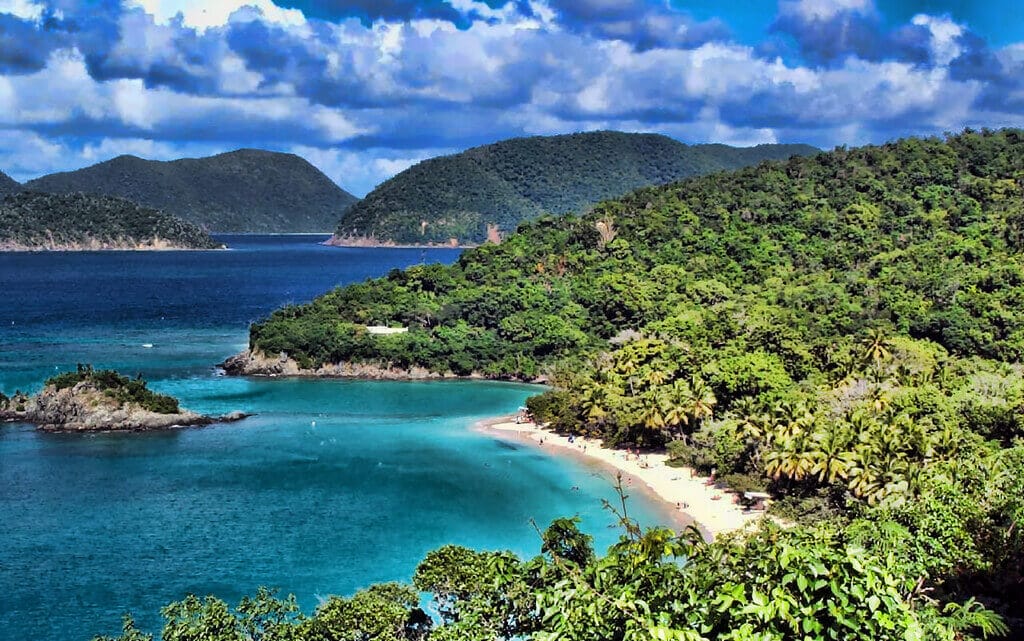 The US Virgin Islands, formally Virgin Island of the United States, were discovered by Christopher Columbus in 1493 and are named after Saint Ursula and her supporters.

Pirates and adventurers have long called the pristine seas that lap the beautiful beaches of this real paradise home. Spain, the United Kingdom, Denmark, and France have long competed for possession of the islands due to the soil and climate being particularly suitable for certain types of crops.

The diatribe officially ended only during World War I, when the United States purchased some of Denmark’s islands, while others are still under English and Puerto Rican jurisdiction today. They are now considered American territories.

The Virgin Islands are a fantastic destination, rich in natural beauty and history. This page will provide a quick overview of each of the islands.

Where are the US Virgin Islands? 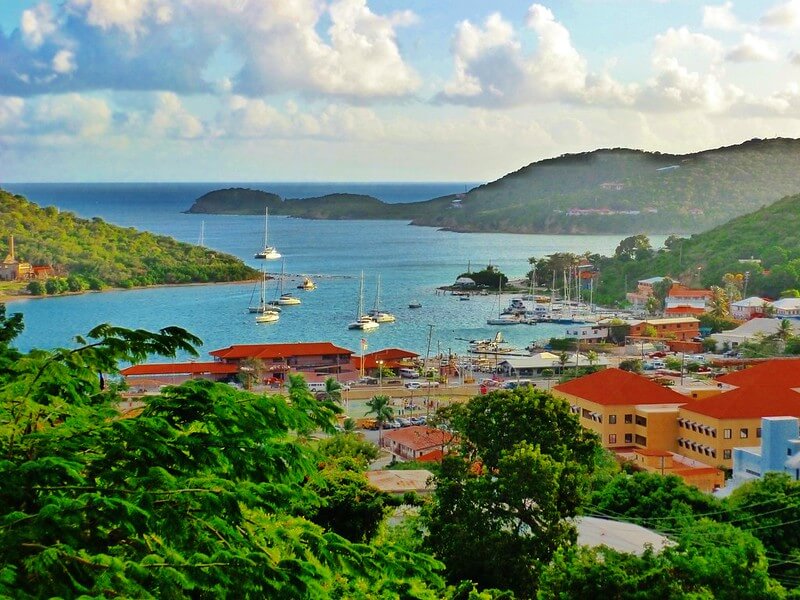 Where are the US Virgin Islands?

Their geographic proximity also allows travellers to explore neighbouring Caribbean islands like as Antigua and Barbuda, Barbados, Anguilla, Guadalupe, and many more. However, before arranging a journey to other Caribbean islands or towns easily accessible from the US Virgin Islands, you should enquire about the sort of documentation required, as your ESTA permission only permits you to go to regions under US government control, such as Puerto Rico.

How to get to the US Virgin Islands?

Because of their proximity to Florida, the US Virgin Islands may be visited in approximately two hours from the Miami airport. Furthermore, direct flights to Henry E. Rohlsen Airport on the island of St. Croix are plentiful, even from locations such as New York and Atlanta.

Italian people who desire to visit the US Virgin Islands on vacation must get the following documents:

When to visit the Islands?

To get the most of all the activities offered and the natural beauty of the islands, it is vital to depart at the proper moment. Temperatures in the Virgin Islands are relatively hot all year due to the tropical environment, and the months may be divided into two groups:

St. Thomas: walking around the capital

Charlotte Amalie, the capital of the US Virgin Islands, is located on the island of St. Thomas. The city’s waterfront is a must-see if you’re on vacation on the island. You can see moored yachts and stop in various restaurants, clubs, and shops in the most modern part.

However, as you enter the narrow streets, the big city aspect gives way to places that strongly recall the colonial period, with ancient walls, typical reddish roofed houses, and colonial warehouses.

Historical places to visit on the island of Saint Thomas

This hotel was once the home of rich French trader Alexander Lavalette, and it was converted into a hotel in 1906. Many original architectural components remain, such as the terracotta flooring, Moroccan ceramic ornamentation, and colourful glass windows.

The Haagensen House was the home of a Danish banker. Some of the rooms may be seen, allowing you to understand more about the opulent 19th century bourgeoisie’s lifestyle.

This fortification is one of the oldest buildings on Saint Thomas. Fort Christian’s construction began in 1672 with the goal of safeguarding the inhabitants from pirate incursions. Today, the building houses the Virgin Islands Museum, and with its massive clock tower and distinctive red walls, it is an outstanding must-see.

Several ancient mansions from the Danish period may be found on the hill. Let us begin with the Legislative Building, which was completed in 1847 and is currently the seat of the US Virgin Islands legislature. The Government Palace, on the other hand, was erected about 1860; it is currently the house of the governor of the islands, though the first two floors can be seen.

St. Thomas also provides incredible views to its visitors at the Mountain Top: with its 500 metres of elevation, it was once an important strategic point; today, you go up here to enjoy the view of Magen’s Bay and taste the best Banana Daiquiri, a cocktail made with banana, brown sugar, and locally produced rum.

But the delights that await tourists on this island do not stop there. Saint Thomas is famed for being a genuine pirate island!

Pirates of the Caribbean…

The 99 Steps and Blackbeard’s Castle are located at the summit of the 17th century stairway, where lies the Castle of Blackbeard, one of history’s most renowned pirates. The castle tower was built in the late 1600s, before the arrival of the pirates, and was used by the Danes to oversee the harbour. It later became the abode of Blackbeard around 1800. 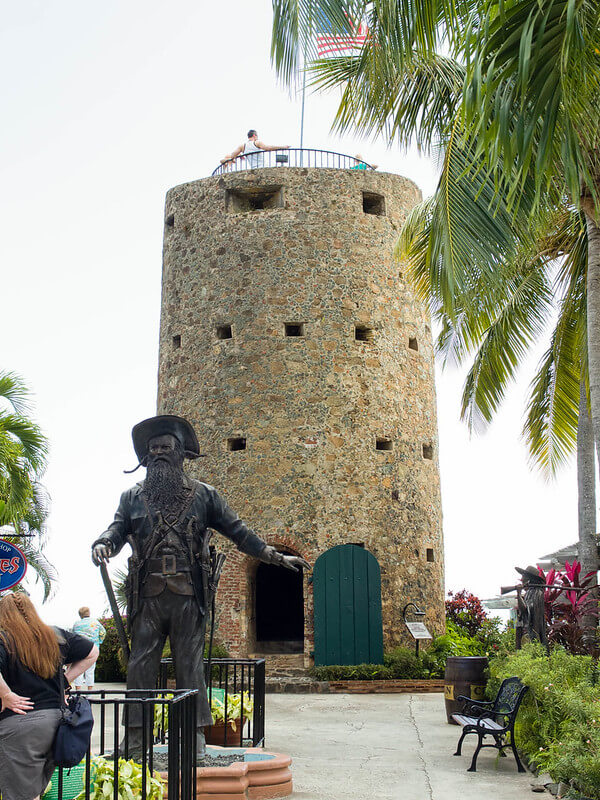 Drake’s Seat: It may appear to be a normal seat, but history has it that Sir Francis Drake, the legendary English privateer, would to sit here and watch ships passing through Drake’s Passage.

A finding was uncovered in 1990 that strengthens the connection between the pirates and the magnificent island of St. Thomas. The Trompeuse, the vessel of the famed French pirate Jean Hamlin, who was protected on the island by the then governor, Adolph Esmit, was discovered.

Charles Carlile, an English Royal Navy pirate hunter, had been given command of HMS Francis with the particular mission of capturing Hamlin. La Trompeuse was off the shore of the island on the night of July 31, 1683.

Carlile issued the order to fire the pirate ship after being assaulted by both the Trompeuse and the guns of the fortress of St. Thomas, according to Carlile’s journals. Because it was laden with gunpowder, it exploded, lighting up the Caribbean night sky.

A strategic point of the Virgin Islands: Water Island

Water Island is about 4 kilometres from St. Thomas. Because of its advantageous location, it was an important strategic site both throughout the colonial period and during the world wars.

During Danish administration, numerous pirates came to the island to hide from the settlers’ ships and control towers; it was also easier for them to target trade ships that came to the port of St. Thomas from here.

Water Island was also the final of the Virgin Islands to be bought by the US, in 1944. The US administration established the island as a strategic control post from the start, commencing with the construction of Fort Segurra.

In actuality, the island was only designated as the fourth American Virgin Island in 1996. Prior to this date, the island had been “leased” by Water Philips, an American entrepreneur who erected mansions and hotels on it. The licence was later transferred to Edward McArdle, but after a hurricane devastated Water Island in 1989, he abandoned his ambitions for the island.

Water Island’s environment is defined by bays and inlets, such as Honeymoon Beach, a white sand beach ideal for romantic getaways in the name of intimacy.

St. John: the jewel of the Virgin Islands

Laurence Rockefeller, the financier, stated of the island of Saint John, “This lovely country will be an enduring delight for everyone.” His remarks accurately represent the little island. He purchased a substantial portion of it himself, assisting in the establishment of the US Virgin Islands National Park, many eco-friendly resorts, and a luxury hotel.

Cruz Bay’s modest harbour is easily accessible from St. Thomas. This island is excellent for travellers and is perhaps the greatest option for people seeking a calm holiday immersed in nature. In reality, the majority of the area is part of the National Park, which is also a UNESCO Protected Biosphere.

If Cruz Bay is colourful and joyful, Coral Bay on the other side of the island is serene. Despite the fact that it is largely a fishing and agricultural community, there are plenty of coastal locations for fantastic cuisine and live music.

Even in St. John, you can dive and enjoy some of the most beautiful beaches in the world, including Salt Pond Bay Beach, Lameshur Beach, and Haulover Bay, which is ideal for snorkelling.

The island’s beauty does not stop with the beaches and the lovely bottom, where tropical fish and coral reefs may be seen. On this island, there are numerous historic Danish plantation ruins dating back to the 18th century, most of which are concentrated in the Great Cinnamon Bay area.

Saint Croix is the biggest of the US Virgin Islands and also has the best maintained colonial building architecture.

With such a big area, St. Croix has a diverse range of sceneries, vegetation, and animals, both on the island and in the surrounding waters. The barrier reef that surrounds Isaac Bay and Jack Bay makes human access difficult, but not for green sea turtles. The Nature Conservancy oversees a nature reserve that incorporates a substantial portion of the island’s beaches, allowing turtles to nest in peace.

Furthermore, the island is home to 100 different bird species, and the Caribbean Sea that surrounds it is home to over 400 different tropical fish. When discussing local wildlife, we must not overlook the autochthonous breed of Senepol cattle, which has a reddish coat.

The flora of St. Croix is divided into two parts: an area to the east characterised by hills and dry bush, rich in cacti, typical tropical trees, and sacred baobabs brought directly from Africa. The humid rainforest characterises the area to the west; a suggestive and unforgettable place to visit here is Mohogany Road; it is no coincidence that the mahogany tree is one of the island’s symbols.

Virgin Islands, a concentration of nature and history in the middle of the Caribbean 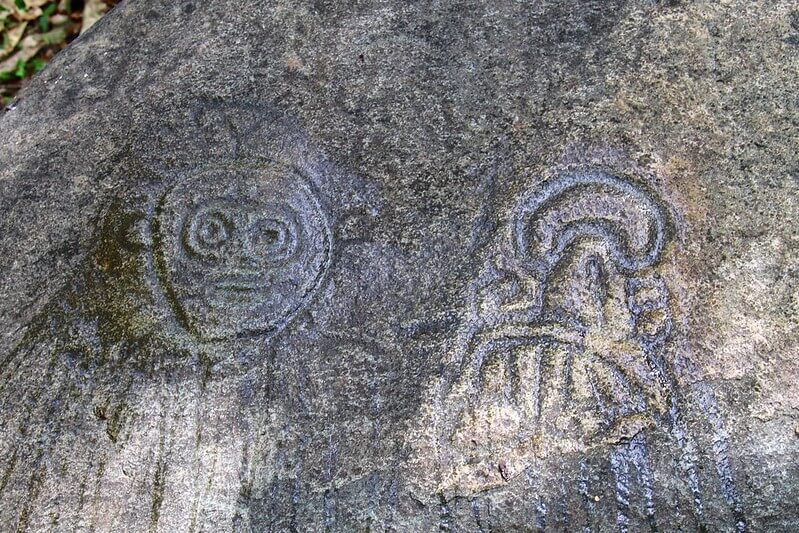 Wild nature and history meet in a loving embrace in the earthly paradise of the Virgin Islands. They are an excellent choice for any sort of holiday.

It is possible to visit historical sites on the islands, such as plantations and colonial villages, which allow you to touch the past and see how people lived on the Caribbean islands at the time. Petroglyphs going back to the period of the Tainos, an Amerindian population that has since vanished, have also been discovered on the Islands for the interested.

Furthermore, the various landmarks going back to the golden period of pirates make the Virgin Islands an intriguing and entertaining spot for the entire family to explore. There are a variety of activities and trips available for young and old alike who are fascinated by the robbers of the seven seas.

Hiking in the islands is available for the more athletic, due to the many trails in the St. John National Park or on St. Croix. However, snorkelling is the finest activity to do while on vacation here.

The US Virgin Islands have appeared on the podium of the worldwide Scuba Diving magazine’s “Best Snorkeling” award multiple times. Consider that St. Croix contains the Caribbean’s largest live coral and sponge reef. Close inspection of the coral reef and the many tropical fish species that inhabit the Caribbean Sea is an incredible experience.

You can’t help but return to this amazing site after your first visit!

We’ll leave you with this video of the St. Croix reef from whereserik: