15 Best Cities in the USA for Travelers

15 Best Cities in the USA for Travelers 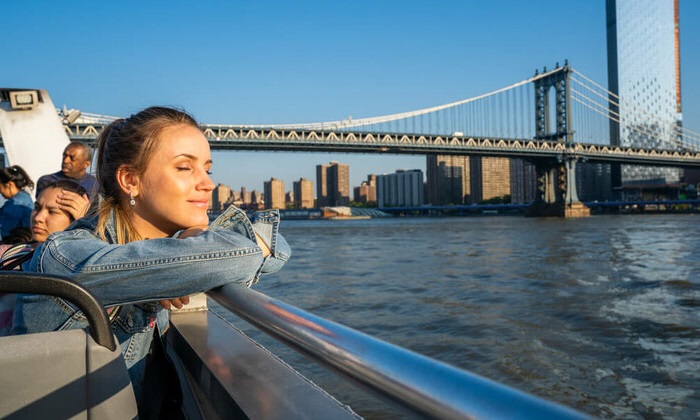 Are you having trouble deciding where to go next in the United States?
When it comes to planning an international trip as a traveler, we can all agree that some places are better suited than others.
However, this makes selecting the ideal destination a little more difficult.
In this article, we look at the 15 best cities to visit in the United States and recommend some fun activities to do on your own.
We’ll also provide some useful resources to help you make your trip to America the best one yet! If you want to learn more about travel in general, start with our introductory blog here.

15 Awesome American Cities that are Well Suited to Travelers 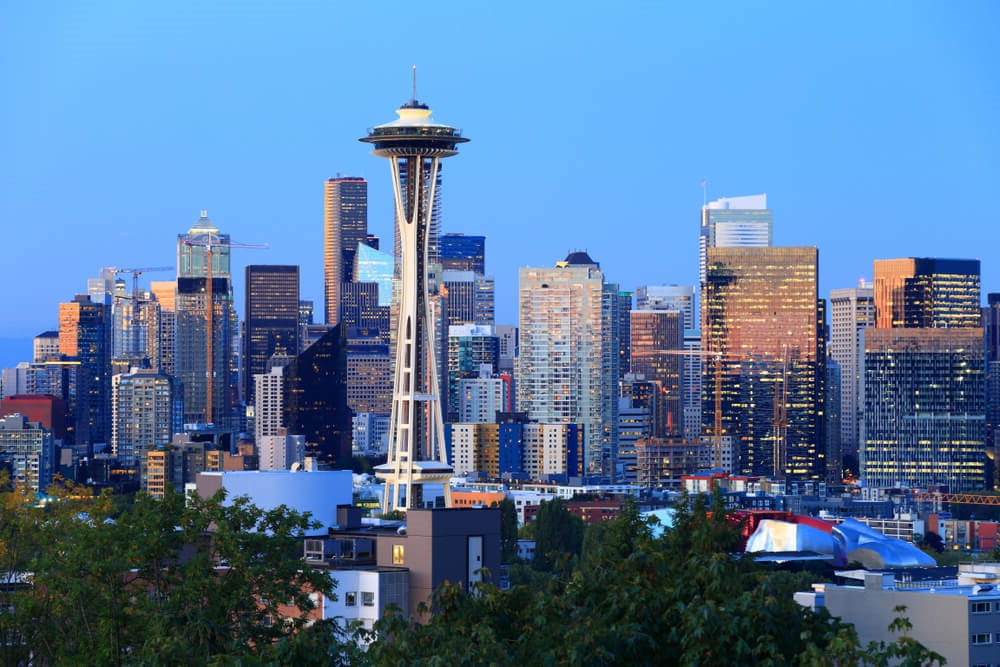 Seattle is a great city for first-time visitors, with its towering skyscrapers, abundance of tree-filled parks, and quirky entrepreneurial neighborhoods. It’s the Pacific Northwest’s largest city, and there’s something for everyone here, from food festivals to local art exhibitions.

Seattle is also a modern and progressive city, so going out on your own won’t seem out of place; in fact, you’ll fit right in. There are plenty of mountains nearby! Olympic National Park and Mount Rainier National Park are both nearby and have some breathtaking scenery to explore.

In comparison to other American cities, the city has a very low crime rate. 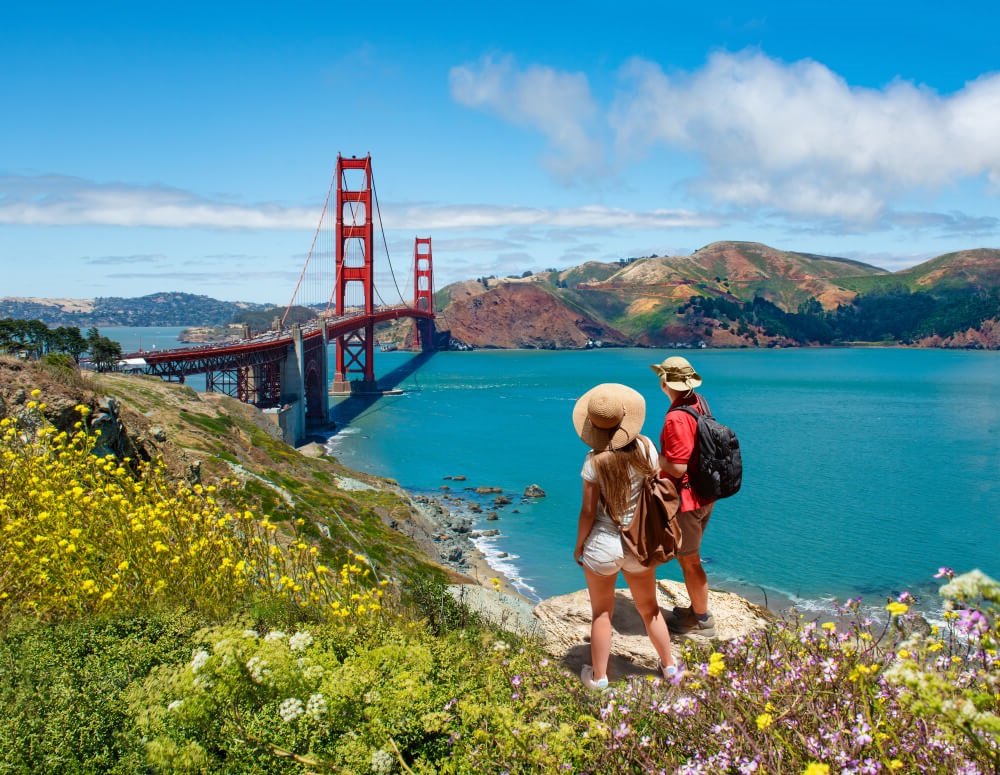 San Francisco ranks high among the best cities to visit in the United States. San Francisco is a popular travel destination due to its easy-to-use transportation system, low violent crime rate, and abundance of open spaces to explore. There’s something for everyone here, including a bike ride over the Golden Gate Bridge, relaxing in the Japanese Tea Garden, taking a guided tour of Alcatraz, and bargain shopping in Chinatown.

San Francisco is also a photographer’s dream, with far more than the iconic Golden Gate Bridge shot to inspire the shutterbug. The best part is that getting around is simple with the Bay Area Rapid Transit. 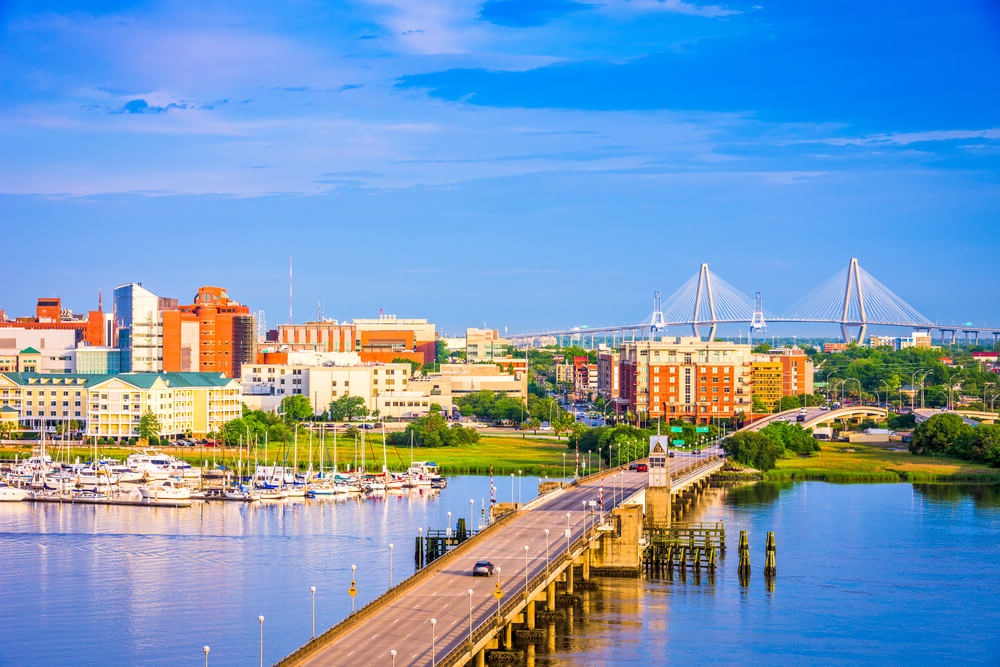 Look no farther than Charleston if you enjoy southern cuisine, art history, and stunning architecture. This lovely city is home to friendly residents, brightly coloured buildings, and a slew of beer breweries!

It’s also an excellent place to visit if you’re interested in civil war history. Visit Fort Sumter, the site of the first guns fired, or the Daughters of the Confederacy museum.

This South Carolina city is easy to traverse and a delight to explore on your own, whether you want to relax on the beach or sip tea at the Charleston Tea Plantation. You’ll be a happy camper if you end your day with an oyster roast and a bottle of wine.

Charleston has a low crime rate, so you may feel comfortable while exploring. Portland is a large metropolis with a small-town feel! It is one of the most culturally and historically rich cities in the United States. Portland has something for everyone, from second-hand bookstores to indie pubs and breweries.

Throughout the year, the city offers a number of gastronomic events and street festivals, which are a terrific opportunity for visitors to immerse themselves in local culture.

If sports are more your thing, watch the Portland Trail Blazers play or travel out of town to visit either the massive national forests to Portland’s east or Clatsop State Forest to the west.

Austin, Texas, has swiftly become one of America’s most popular and visited cities, owing to its low crime rate.

Despite its rapid population growth, Austin has a pleasant, open, and welcoming attitude, and there’s much to do. Visit the State Capitol Building, the LBJ Presidential Library, or spend the day shopping on South Congress.

Throughout the year, there is always something going on. Whether it’s a line of food trucks feeding the people or fresh street art on the Baylor Street Art Wall, Austin is buzzing with activity that shouldn’t be missed. 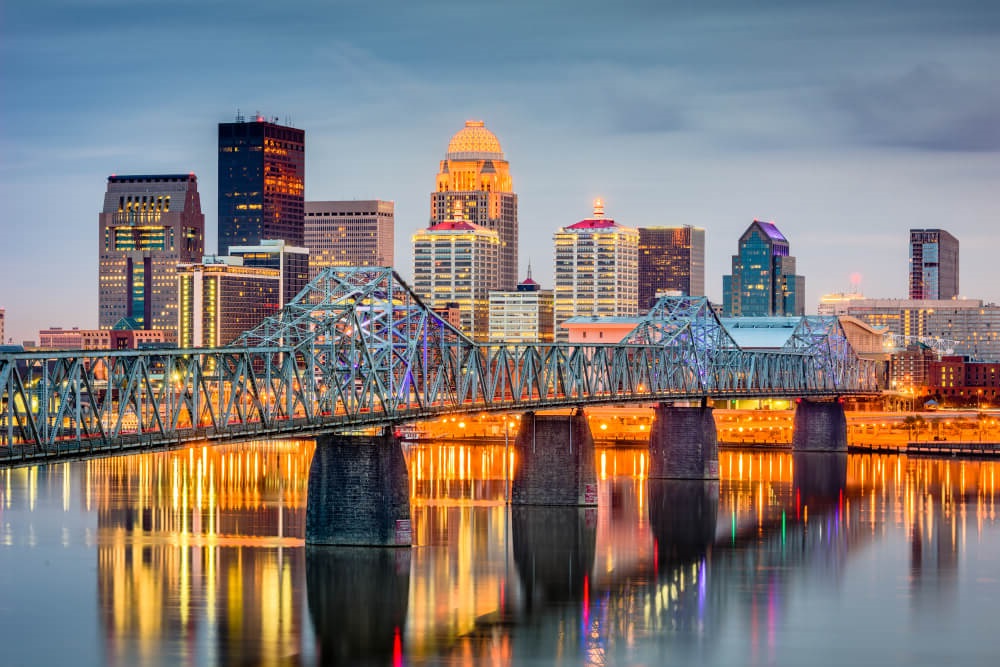 Louisville, Kentucky, is a vibrant city noted for its NuLu area and Bourbon. But there’s more to town than just a booze trail!

You may take in the rich history and beautiful architecture in Old Louisville, or you can have a picnic on the waterfront in downtown Louisville.

For additional contrasts and diversity, you might attend a play at the Louisville Palace, a massive and gorgeous theatre in downtown Louisville that presents a variety of acts ranging from musicals to symphonies, or you could learn about horse racing by visiting the Kentucky Derby Museum.

In any case, the home of KFC welcomes visitors, especially those wishing to explore! It’s quite LGBTQ-friendly, and commuters will appreciate how economical Louisville is, which is especially crucial when you don’t have someone to split the price with! 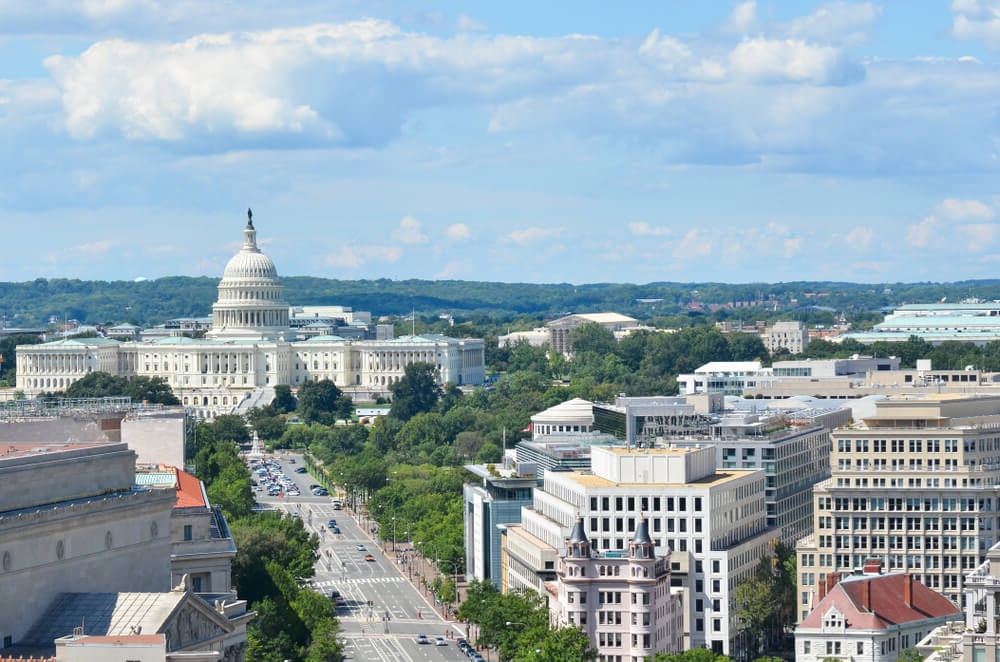 Washington DC is the type of city where visitors gather in droves because there is so much to do that any active person will be kept busy!

The downtown area has a lot to offer, and the art-filled galleries and museums are must-sees.

Almost everything may be done as a group in the capital, including seeing the Smithsonian Museum, riding a Segway around town, and watching a movie in the park on the National Mall.

Because it is the political capital, public rallies, security organizations, and authority vehicles are to be expected. But if you stick to the safe tourist zones of Northwest D.C., the National Mall, Downtown, Capitol Hill, and Arlington, you’ll be OK. 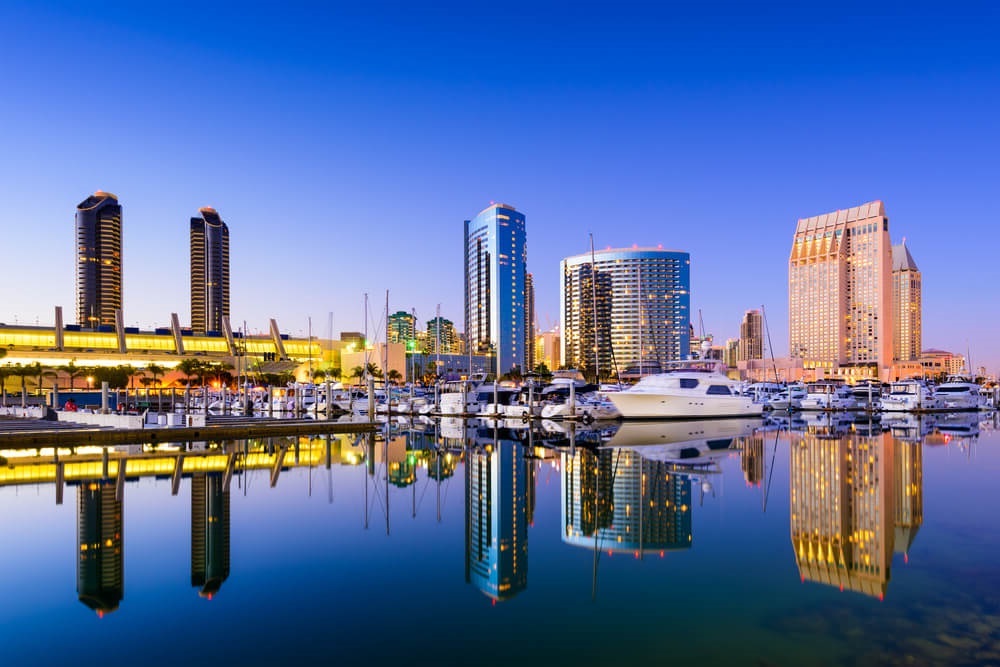 San Diego’s finest talking points are Balboa Park, the Embarcadero harbor front, and the USS Midway Museum, but did you know the city’s crime rate is 15% lower than the national average?

San Diego, in my humble opinion, is one of the greatest US cities to visit. Why? Because the city’s relaxed atmosphere allows you to blend in, sit back, and enjoy some good old-fashioned people-watching.

When it comes to dining out, the friendliness of the city makes it simple. You’ll never feel embarrassed dining alone, whether you want to grab a burger at the bar and watch a game or savor an award-winning burrito in a trendy restaurant. 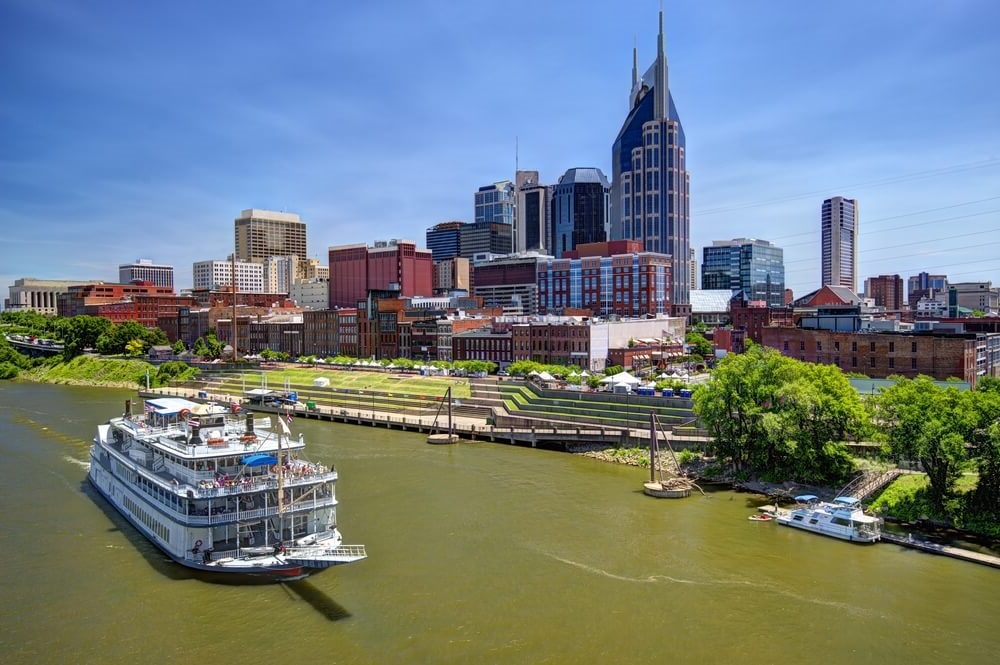 Nashville, the gem of the South, is defined by honky-tonks, boutique shopping, and live music at all hours of the day. But how secure is it for visitors and travelers?

Downtown Nashville, like other downtown areas, may get a little rowdy at night, but that’s just because the majority of the bars are located here! Get away from the tourist traps and you’ll discover a fascinating city with a lot to offer. 12 South is a very enjoyable area with art galleries and family-owned ice cream businesses worth visiting. 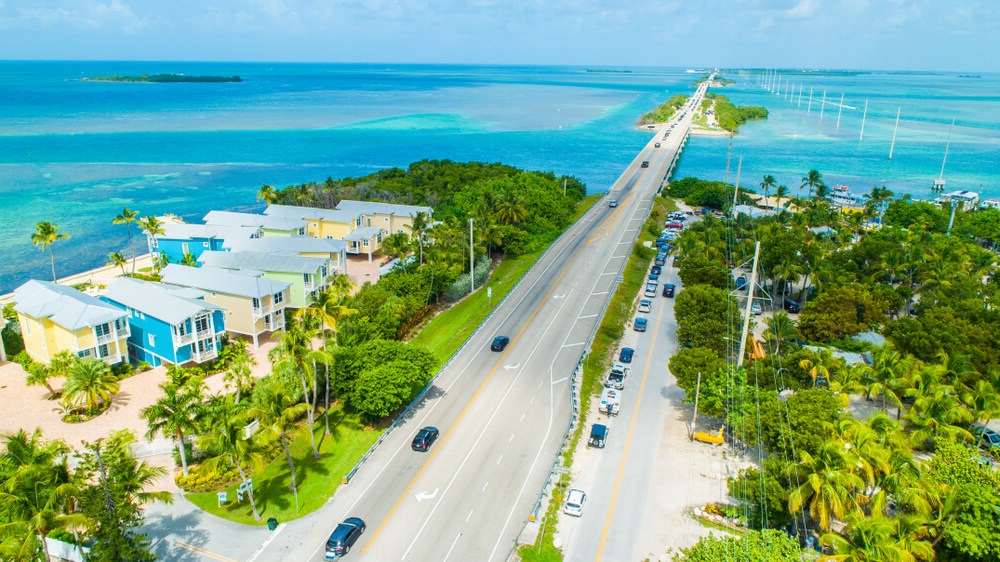 Imagine yourself island-hopping your way through a tropical archipelago, the sun beaming and the breeze in your hair, without a worry in the world and no one to answer to…

The huge islands that comprise the Florida Keys provide exactly that! With an unending supply of Key Lime pie and a handful of scuba diving expeditions, you’re living the ideal.

Key West’s pastel architecture will steal your heart during the day, while the bars and clubs will keep you entertained at night.

If you’re less interested in nightlife, I’d recommend Islamorada as the best island to visit on your own. It’s really charming and is frequently utilized as a movie location due to its stunning surroundings and friendly residents! 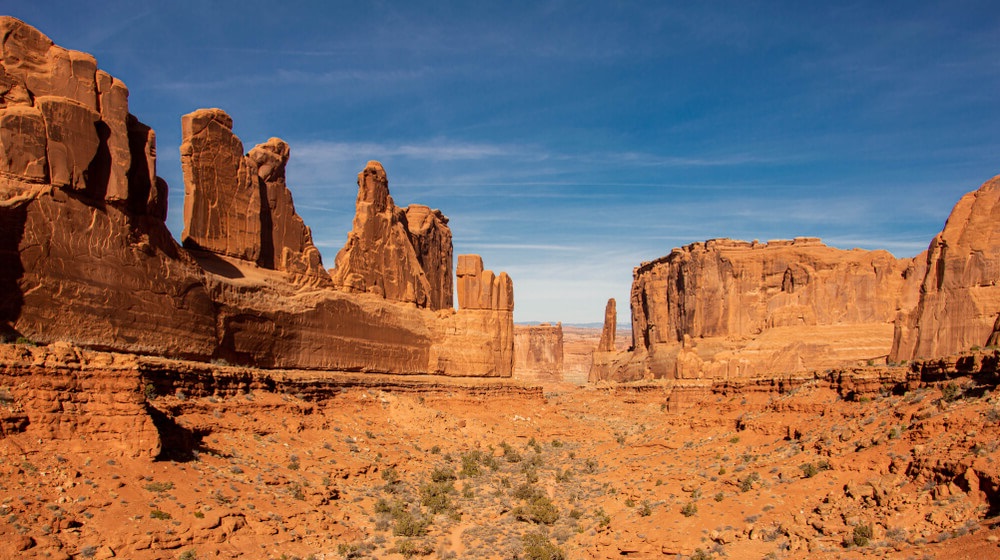 Moab has long been a popular tourist destination since it is a location where you just want to be in nature!

Arches National Park and Canyonlands National Park are two of the region’s most magnificent sights. Both provide limitless hiking and riding opportunities surrounded by stunning geology and spectacular rock formations. If you can find someone to join you, you can also go kayaking or rock climbing.

One thing to keep in mind with Moab travel is that you’ll almost certainly need your own vehicle and a competent GPS system. If you’re going on a distant hike, make sure someone knows where you’re going and bring lots of water!

Get away from the throng by exploring lesser-known routes, then unwind with a beer at the Moab Brewery in the evening. 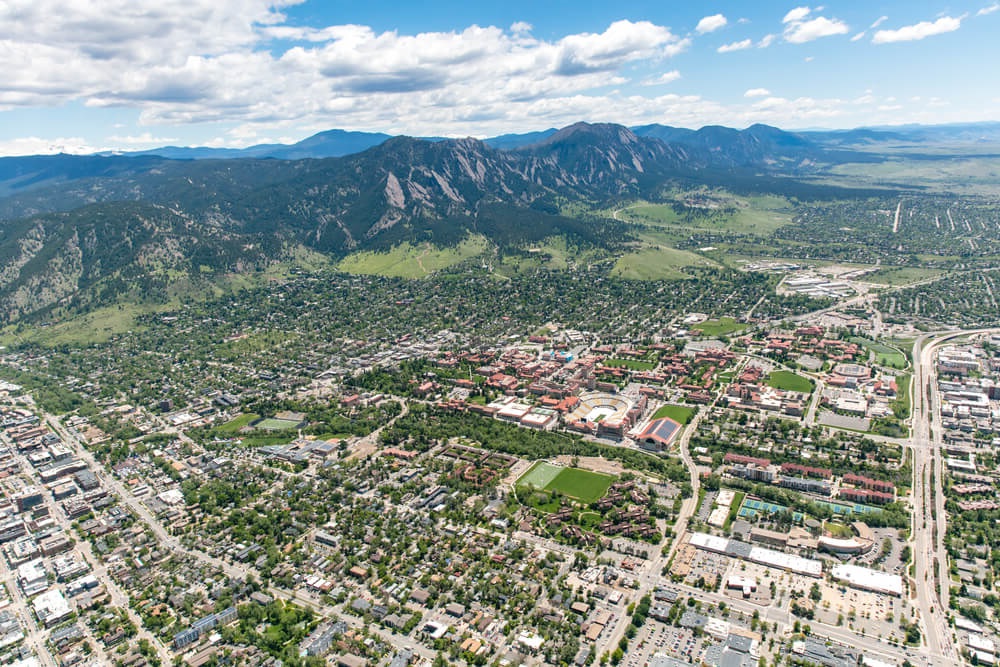 Boulder is safe, beautiful, and simple to explore on foot. What more could you ask for? Explore Pearl Street in Downtown Boulder for some shopping, eat lunch at the Farmers Market, and learn about Boulder’s history before heading to the mountains for an amazing hiking trip!

There are hundreds of paths that leave from downtown, so if you don’t want to hire a car, you can still put on your boots and go for a walk. Most significantly, the trails that go from downtown are busy, so you’ll almost never be alone… unless you want to be.

When you’ve got your fill of trekking, go on a brewery tour and you could just find some drinking friends for the evening, or check out some live music, which is plenty! 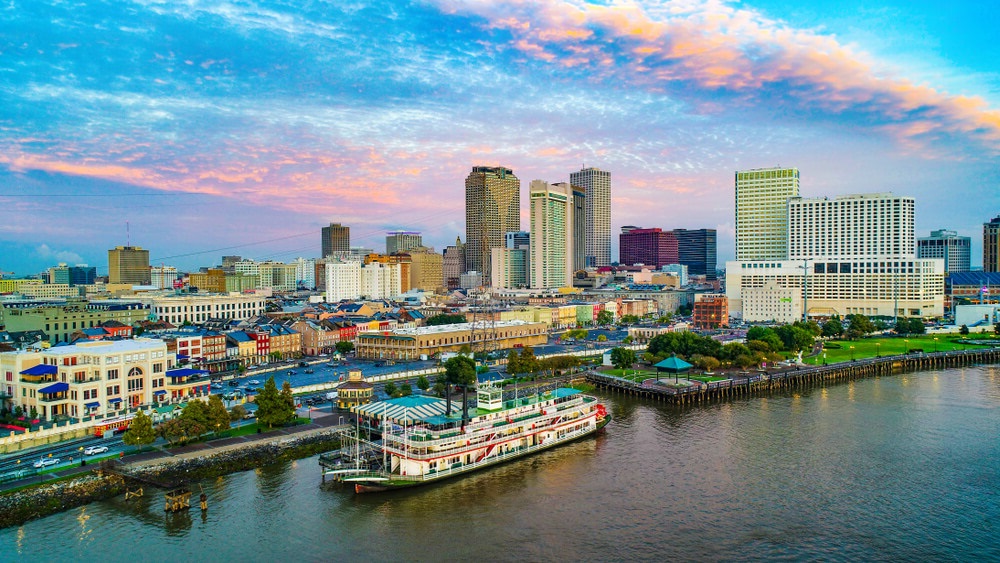 New Orleans is famed for the clichés found on Bourbon Street, but the city is much more than just drinking and beignets! You may say no to the clichés as a traveler without offending anyone (it’s a really pleasant country!) and go on a vacation rich in history and culture!

But, in addition to being friendly, it is also incredibly safe. Take a walk down Magazine Street and browse the boutique shops. Alternatively, go to the Jazz Museum and enjoy the concerts. If you’re lucky, you could catch the Annual Jazz Fest, which is one of the biggest draws of New Orleans, probably the country’s music capital.

Are you on a limited budget?

Why not take a free walking tour of the city to familiarize yourself with its layout? Or how about joining a fitness class with the locals in City Park? When it comes to dining, many New Orleans restaurants allow you to dine at the bar, allowing you to relax and fit in with the people. With a population of 1.6 million people on Manhattan Island alone, you’ll never feel really alone in New York! If you’ve previously toured the city with pals, it’s the type of location where you could go 1,000 times and yet not see everything. Even more, New York’s efficient transportation infrastructure makes touring on a budget a snap.

The majority of New York City is safe for tourists, however there are several areas to avoid.

There are several neighborhoods to select from. The eccentric and bohemian ABC City, the aristocratic Brooklyn Heights, and the posh Chelsea, packed with art galleries and architecture, are all favorites. Choose your favorite!

In terms of entertainment, you have a better chance of getting a decent seat at the theatre. Sign up for the Broadway Lottery to be in with a chance of winning discounted tickets.

I don’t want to say it again, but New York may be one of the greatest US cities to visit! 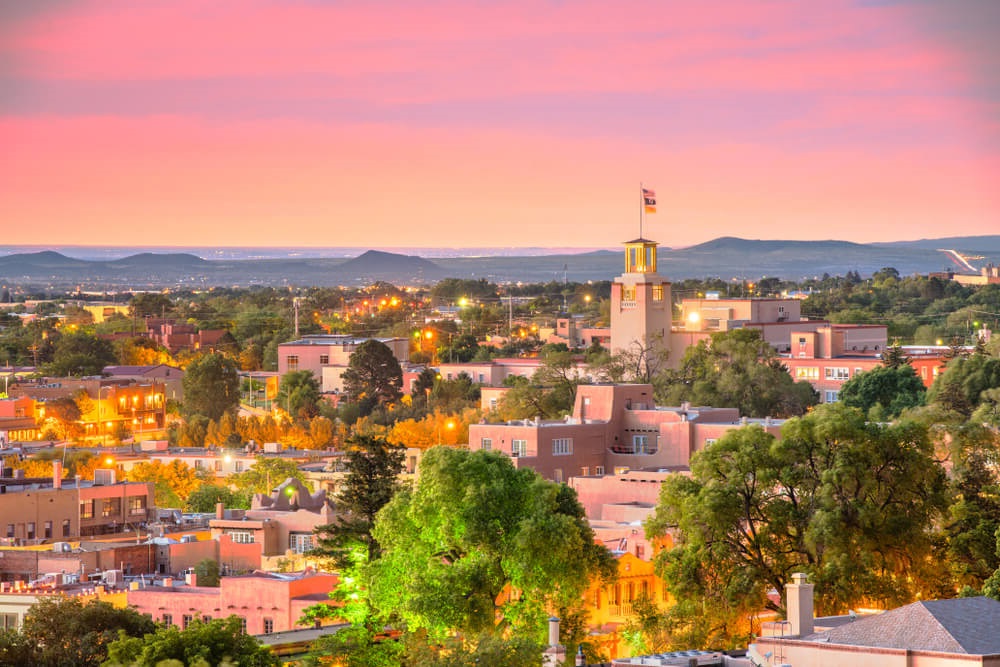 Travel in New Mexico is a thrilling opportunity to experience the southwestern part of the United States and its rural scenery.

The capital of New Mexico, Santa Fe, is a popular beginning place. Prepare to be enthralled by Spanish colonial cathedrals, Native American artwork, and the surrounding forest-covered mountains!

The city is simple to navigate on foot, but if you prefer to rent a car, there are lots of convenient day excursions nearby. Visit some of the local pueblos or treat yourself to a spa treatment at the hot springs.

In terms of travel safety, crime statistics in Santa Fe are comparable to those in other American cities, but one thing to be aware of is altitude sickness!

That concludes our thorough list of the greatest locations to visit in the United States! From coast to coast and everywhere in between (including Boulder).