What is Hawaii’s most dangerous island? Top 10 Most Dangerous Locations!

What is Hawaii’s most dangerous island? Top 10 Most Dangerous Locations! 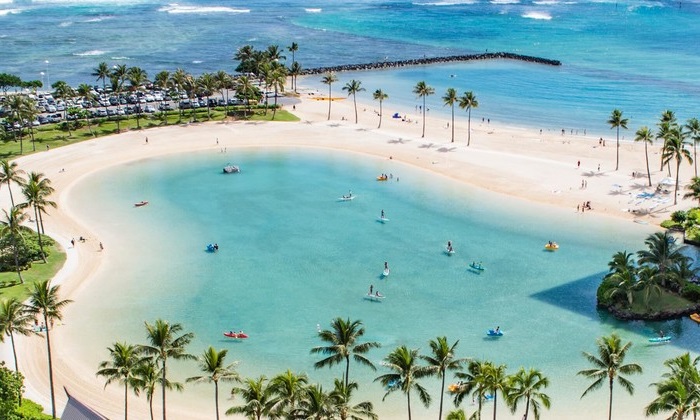 The beaches of the Aloha state are lively and stunning. Hawaii is the state for you if you enjoy hiking, bicycling, sailing, swimming, or simply lounging on the beach.

Hawaii is a cultural melting pot. Different races are socially incorporated in many aspects of life, from culture to climate. The islands have the most multiracial populations in the United States. People will always have questions since crime is unavoidable in all parts of the world. Is Hawaii a secure place to live? Is there crime in Hawaii?

Here’s a rundown of what you should know:

What’s the most dangerous island in Hawaii? Determining which Hawaiian island has the most crime is a bit exigent. The rate of violent crimes and property crimes should be used to determine how safe a place is. Violent crimes involve crimes such as:

All manner of crime is bad. Violent crimes [murder and rape] are exceptionally horrifying. Here are the crime rates for the four major Hawaiian islands as at 2017:

Among the four major Hawaiian Islands, Maui has the highest crime rate. It had a property rate of 3454 and a violent crime rate of 269. The crime rate falls as the year progresses. In 2019, the total crime index increased to 3244. Maui’s crime rate is still the highest among the islands, however it is decreasing. Maui County’s law enforcement is handled by the Maui Police Department. It is located at 55 Mahalani St, Wailuku, Hawaii. What is Hawaii’s crime rate? Citizens in Hawaii, like people in every other American state, are anxious about their safety. In comparison to other states, Hawaii gangs do not appear to be very violent. They commit fewer violent crimes. Graffiti, theft, and drug-related criminality are common activities of these gangs.

In Hawaii, violent crimes such as murder are becoming less common. Property crime is more prevalent, as it is one of Hawaii’s primary issues. Property crimes include the following:

10 Most Dangerous Places in Hawaii

In no particular order, below is a list of the ten most hazardous sites in Hawaii. These areas are regarded more unsafe after dark in Hawaii because they are crime-ridden.

Wahiawa has a Livability Score of 58/100, which is considered low, with a population of 46,562. Wahiawa ranks tenth in the state in terms of crime, and narcotics appear to be unchecked. Wahiawa is not one of the safest areas in America, thus ladies should not travel alone at night.

The population of this leeward Oahu census-designated place is 8,934. According to 2019 figures, Makaha has an expected overall crime rate of 3692 per 100,000 population. There is a 1 in 28 chance of becoming a victim of crime in Makaha.

The chances of becoming a victim of violent or property crime are one in 340 and one in thirty, respectively.

The Honolulu Police Department’s District 8 community policing squad has stations nearby. They assist in law enforcement operations against gangs, narcotics, and property offences. This district station guarantees the protection of the surrounding neighbourhoods.

With a population of 30,164, Kahului is a census-designated place (CDP) in Maui County, Hawaii. On a daily basis, 12.18 percent of crimes occur in this Maui municipality for every 100,000 citizens. While crime has reduced dramatically around the state, there has been no change in Kahului.

Pahoa is a census-designated place in Hawaii’s Puna area. Pahoa, a tiny village on the eastern point of the Big Island, with a population of 731 people. Pahoa has one of the highest rates of sex offenders in the state. This makes nighttime walks by women less safe.

Pahoa has a high crime rate. Property crimes are 90 percent greater than the national average. In 2019, the overall crime rate, which includes both violent and property offences, is predicted to be 4544 per 100,000 population.

Property crime outnumbers violent crime in other places of Hawaii, and it does so at Ewa Beach. When compared to the national average, overall offences in this area are 44 percent higher.

Ewa Beach has a high drug usage rate. In general, it is a pleasant site to visit, although it is not a secure location. You might be surrounded, abducted in public, or have your car broken into. The Honolulu Police Department’s District 8 CPT has also covered this region. Ewa Beach has a population of 15165 people.

Hilo is a major town with a population of about 45,579. Its crime rates are 70% higher than the national average, which is very shocking. It is one of the most dangerous regions to reside on the huge island.

In Hilo, the chances of becoming a victim of crime are 1 in 23. This city has 84% more property crimes than the rest of the country. Due to drunk drivers, jerks, small roads, and regular rain, one would not rely on a bike for transportation in this region. It is not safe to stroll alone at night in Hilo since there is more crime. 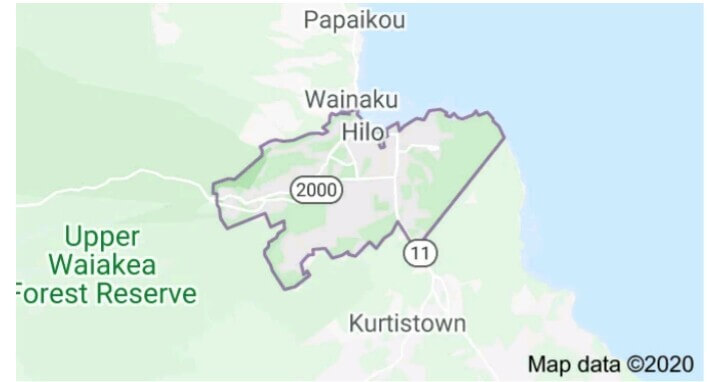 Waianae is a beachfront village on the island of Oahu. Waianae may be challenging. It houses a large number of the destitute. It has a CDP population of 37,608.

Is Waianae Hawaii safe, as many people have questioned?

It is urged that people stay at home at night and avoid going to the beaches. This neighborhood’s occupants are frequently swarmed. Waianae looks to be safer than only 9% of the rest of the state. At Farrington, there is a Waianae substation that targets these offences and protects the neighborhood’s safety.

Kapaa is a census-designated place (CDP) on the island of Kauai. Kapaa is one of the most unsafe areas to reside on the beautiful Garden Isle. It is not an incorporated municipality. Crime rates in this city are 25% higher than the national average. The cost of living in Kapaa is 5% lower than the state average. This area may appear to be as safe as any other in Hawaii. When violent crimes are involved, individuals must take fundamental safeguards and safety measures to guarantee their own safety.

Property crime cannot be considered safe. It is not recommended to stay out late in neighbourhood bars. There is a one in 32 probability of becoming a victim of crime in Kapaa.

According to the National Drug Intelligence Center, methamphetamine usage is widespread among local inhabitants. This Oahu city appears to be in disrepair.

Waipahu has a crime rate of 3709 per 100,000 inhabitants. This is 44% greater than the national average. In Waipahu, the chances of becoming a victim of crime are one in every 27. Like in other localities, the rate of violent crime in Waipahu is greater than the rate of property crime.

The neighbourhood is patrolled by the Pearl City Police Station. This region extends from the red hill to the village park and all the way down to Waipahu. The population of Waipahu is 41590 people. These 10 locations might be considered impoverished areas of Hawaii since some of their livability rankings are below average.

Although tourist locations are normally secure, tourists should always be cautious and avoid abandoned places, particularly at night. Different neighbourhoods have varying degrees of safety. With the information supplied, one may avoid certain areas on Kauai, Oahu, Maui, and the Big Island. It’s important to realise that Hawaii, which many people perceive to be paradise, is a highly safe destination to visit.