ESTA LUXEMBOURG: TRAVEL AUTHORIZATION FOR TRAVEL TO THE USA 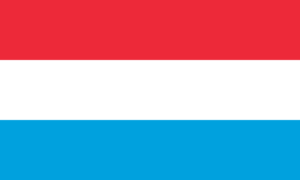 If you are a citizen of Luxembourg, then the below information is of great importance if you are planning to travel to the USA.

The main aim of this article is to show what is the Visa Waiver Program, what member countries are included in this program, and who is allowed to travel under this program with an ESTA. Also, even though a citizen of the VWP country, some may disqualify for an ESTA simply not meeting the criteria for it or due to a background check.

Therefore, all citizens of Luxembourg are strongly advised to educate themselves about the regulations of ESTA, as the U.S. is checking its travelers more closely.

1. WHAT IS THE VISA WAIVER PROGRAM?

The Visa Waiver Program has been implemented by the USA government as a faster, more convenient online application process to travel to the USA. Currently, there are 39 countries in this program Luxembourg being one of them.

However, since the Trump administration is now in office, changes can and should be expected. Therefore, not only all citizens of Luxembourg but also all VWP countries’ citizens should always check any news or changes in the Visa Waiver Program regarding rules about traveling to the USA.

As it is widely known, the Trump administration is also known to be controversial. For example, it’s been trying to restrict more Muslims entering the USA, which has resulted in a controversial travel ban for seven countries – Iran, Iraq, Lybia, North Korea, Somalia, Syria, Venezuela and Yemen.

The newest plan in 2019 is to add the 39th country to the Visa Waiver Program – Malaysia.

Since the program is made by the U.S. government, they’re the one making the rules and regulations, there’s nothing really the VWP countries can do individually to make a better agreement for its citizens. As the USA is the one calling the shots, and with Trump administration in office, it is worth remembering that most likely the ESTA regulations under the VWP may become only stricter. Also, the program won’t open doors for all countries to be able to travel in the USA in a more convenient way.

Expect changes, expect new criteria that will need to be met in order to qualify for an ESTA. As well as expect that any given moment a country may be removed from the program, therefore, its citizens will need to obtain a Visa once again in order to travel to the USA.

For example, all citizens of VWP can now follow along with the UK’s Brexit, which will show whether UK’s citizens will still be allowed to use ESTA to travel to America or instead they will have to obtain a Visa.

Currently, there are a few criteria that need to be fulfilled from the citizens of the Visa Waiver Program countries, such as:

TRAVELING TO THE USA FROM LUXEMBOURG?

Apply for your ESTA now, rather than later!

2. WHAT ARE THE FACTORS FOR A DENIED ESTA?

First things first, once applying for your first ESTA, make sure to have all necessary documents and fill out the application correctly, because if you get a denied ESTA it is a lot harder the next time to apply for an ESTA. Some denials may be due to something as simple as the validity of the passport. Some may involve problems with your background check (e.g., criminal background), if this is the case, your right to apply for an ESTA again may be irreversibly banned.

Also, people can expect to be denied an ESTA if they are not a citizen of one of the member countries of the Visa Waiver Program or if you have already been approved for a type of Visa.

However, the reason for denial can be due to some small mistakes, or due to not understanding what communicable diseases are. Using a service to help you correctly fill out the application may help to avoid an avoidable denial of ESTA.

Even though you are a citizen of VWP, but have been on or after March 1, 2011, in Iran, Iraq, Sudan or Syria (with small exceptions for diplomatic or military travel reasons), your background will be thoroughly checked. The same applies if you have dual citizenship – one from a VWP country, one from Iran, Iraq, Sudan or Syria. There is a bigger likelihood to get a denial, perhaps an irrevocable one.

Other reasons for denial are: